A weather forecast of strongish SW winds including the promise of F7 gusts leaves us in a quandary.  The direction is great for us but strong winds over the mud can be quite uncomfortable, however the wind is expected to ease later but helpfully go round to be on the nose all the way! In the event and after some indecision not helped by a neighbour who clearly thinks that we are effete southern wimps, we catch the last of the high tide and leave Tollesbury for the last time (probably). We are glad to be on our way, but sad to leave this bit of Essex where we have experienced a full range of the joys and frustrations of owning a boat. The Essex rivers have been a delight and Essex itself simply does not deserve the reputation so many outsiders have of it. We have met some really friendly people and experienced a much more personal service than many of the more ‘professional’ yards in the south. A big thank you to Julian, Martin, Tim, Adrian (the rum king), everyone in the club restaurant and bar and RIP Brian who passed away earlier this year.

The strong winds have not materialised and by the time we are easing out of the creek we have our genoa up and are feeling Heydays pressing us ever further north. West Mersea and Brightlingsea slip astern and even Clacton pier looks inviting in the sunshine. 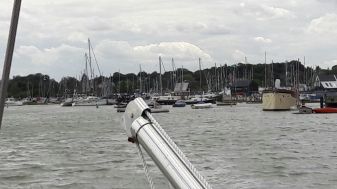 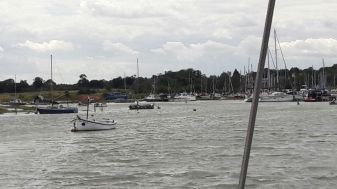 John is at the helm and halfway through a planned gybe he appears to be uncharacteristically slack in his steering. It turns out that the slackness is not entirely his, but stems from a complete lack of ability to steer at all. A rapid taking down of sails and we are now drifting uncomfortably close to the mud flats of Walton on the Naze. Fortunately we have an emergency tiller, unfortunately the operator has to be in the aft cabin with no visibility of the outside world. We have a flashback to the Golden Shot (older readers only) as John (still standing by a redundant wheel) shouts “10 degrees to Port” to Paul in the companionway who shouts “left a bit” to James who responds almost instantaneously with “what…say again”. By which time John needs Starboard 20 degrees….. 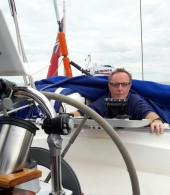 ic yacht and not one you would wish to have steering down the main channel into Felixstowe. The solution which is eventually reached, involves James standing with his head just visible through the hatch and the tiller clamped firmly (as decency and probably the law allows) between his buttocks and doing a strange cross between Lindy Hop and belly dancing to maintain a semblance of a straight line.

We decide to head for Shotley Marina in the hope that we can find a mechanic to sort the steering. The lock keeper is apprised of the situation (not James’ buttocks) and has everything ready for us as we head slightly unsteadily for the lock entrance. Surprisingly, we moor up without taking out too many other boats and after extricating James from the emergency tiller we decide that several stiff drinks are appropriate and we end up having a great night in the Shipwreck (how appropriate) by the marina. 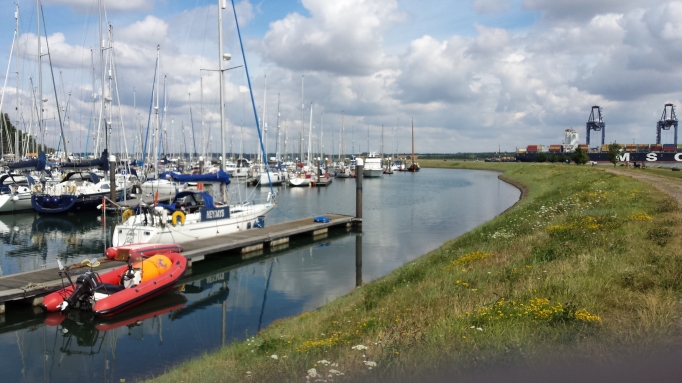 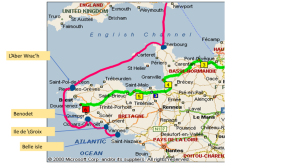 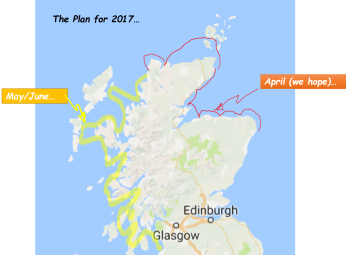 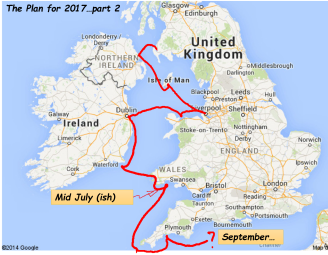